Among other things, the month of November marks Native American Heritage Month.

Colonization has led to the erasure of this land’s first inhabitants, their stories, their heritage, and reinforced a misconception that generations of their ancestors are no longer here.

It is more important than ever to connect, discover, and amplify the full and first histories, to acknowledge that the Stockbridge-Munsee Band of Mohican Indians were pushed from the Eastern seaboard across half a continent, forced to uproot and move many times to their present Land in Wisconsin, and that the Muh-he-con-neok, meaning “People of the Waters That are Never Still,” are still here.

For those who live in New England, you may be unaware that beneath your feet lies thousands of years of history. The Mohicans inhabited the Hudson River Valley for thousands of years before the arrival of Europeans. They hiked and hunted the woods, fished the waterways, and planted the soil with corn, beans, and squash. They created beautiful, artisanal things, from pottery to decorated clothing. In wintertime, they hunkered down in their wigwams alongside their families and told stories. In spring, they emerged and gathered sap to make maple syrup. To read more, check out this brief history written by Dorothy David, Native American educator and author, member of the Stockbridge-Munsee Tribe of Mohican Indians.

The Stockbridge-Munsee Band of Mohican Indians has worked tirelessly to preserve, protect, and repatriate their culture and their homelands. Since 1969, well over twenty research trips have been made in order to collect maps, letters, books, genealogy reports, artifacts, photos, and more. The Arvid E Miller Library & Museum is an incredible resource for anyone interested in learning more. In 2020, they opened a historic preservation extension office in Williamstown, MA (watch more about that HERE).

One way you can actively connect and honor the land and its original inhabitants is to learn its history and then walk it with mindful intention.

These six routes were initially traveled by those who created the paths for travel, trade, and spiritual connection long before European settlement. Pick one and walk in the footsteps of this land’s earliest inhabitants, surrounded by history. While you hike, think about how the trail came to be, or who may have walked these paths before you. Thomas and Palmer Brook Reserve is now conserved, but, like all land in the Berkshires, it is part of the original territory of the Mohican people. The lands in the Berkshires continue to be of great significance to the Stockbridge-Munsee Mohican people. Forced into diaspora they currently reside reservation lands in Wisconsin since an 1856 treaty. This year, BNRC opened an accessible trail at Thomas and Palmer Brook. This beautiful waterfall bears the name of Aaron Umpachenee, a Mohican Sachem who fished in these waters and all along the Housatonic River Valley. The Umpachenee River spills over the falls before merging with the Konkapot River (named for Chief John Konkapot) south of Mill River village. There are trails to walk and rocks to sit and contemplate what life was like here in the early 1700s. Skatekook, the last Native American village in the Berkshires, ran from the crux of the Green and Housatonic Rivers, through present-day South Egremont and into New York. It was here that Lt. Umpachenee and four other families lived tenuously until their removal in 1734. At Jug End Wildlife Refuge, hike or snow shoe on part of this former land. The Jug End Loop Trail runs 2 miles through a mix of open fields and woodlands. This Mass Audubon property was once the summer hunting and fishing encampments the Mohican established in the wildlife-rich Housatonic Valley.

Pittsfield historian J.E.A. Smith wrote, “upon the eastern bank of the river, rises a knoll which was once used as a burial-place by the Mohegans, who, after they were collected in one community at Stockbridge, were accustomed to make pious pilgrimages to this spot, leaving the birch-canoes, in which they had ascended the river, in the Meadows to which they thus gave name.”

Walk the easy 30-45 minute trail along the Housatonic River, past an old oxbow pond, Sackett Brook, and West Pond. 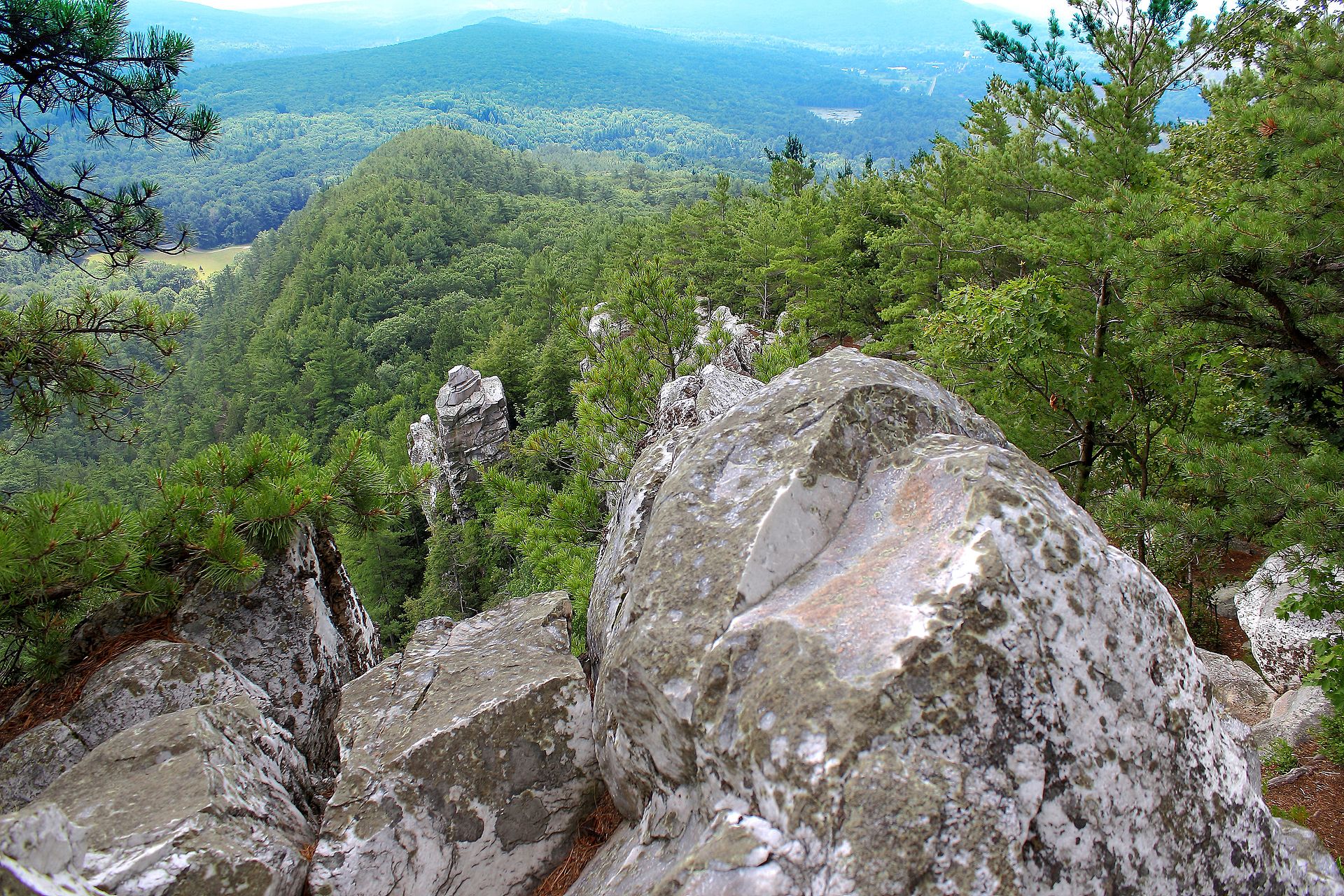 Great Barrington / 3 trails, all under 3 miles

Trustees-owned Monument Mountain is a famous landmark that looms large in the history of the Berkshire Mohicans. Running alongside Route 7, which was originally a major Indian trail known as the Old Berkshire Path. Along the trails, you can still find remnants of paths that once connected Mohican communities to one another, to important natural resources, and to sacred sites. There is also an offering place or “wawanaquasick” as The Mohicans had a cultural practice of leaving stones to commemorate significant events.

Today, members the Stockbridge-Munsee consider Monument Mountain to be a significant place in their culture and history. They continue to make pilgrimages here after being forced to remove from their homelands.

Hiking trails include the 1.5-mile Indian Monument Trail, where you’ll pass the remains of ancient Native American trails and the 0.62-mile Squaw Peak Trail that connects to the summit and the Indian Monument. For thousands of years, Native American groups traveled between the Hudson and the Connecticut valleys along a route that followed the Hoosic River, across the Hoosac Mountains, and along the Deerfield River. Europeans expanded the trail into wagon roads, joining villages and towns of northwestern Massachusetts, southwestern Vermont, and eastern New York. Over time, the trail’s route was modified for vehicles, eventually resulting in the construction of Route 2, known as “The Mohawk Trail.”

In 1992, Williams College students, led by Lauren Stevens, explored the history and began re-establishing the original trail. The Mahican-Mohawk Recreational Trail today follows the original corridor wherever possible. In the Mohawk Trail State Forest traverse a portion of the original Native American trail to the summit of Todd Mountain in the . On this 3-mile stretch of trail, hikers walk in the footprints of the original American inhabitants. The path here is a well documented trail in-use since the 1600s. The forest is also the location of Indian Spring, a resting place for many tribes before heading up Todd Mountain. Hikers can return to the park headquarters via the Indian Trail for a loop. Keep an eye out for the single tallest tree in New England, the Chief Jake Swamp White Pine.

Get the latest reviews, new and activities in your inbox! “Nature plays at dominoes with you; you must mat

Follow along on an adventure to Longcope Park in L

“Snow can transform a woodland overnight, make a

What a difference 128 years makes 🪨